Turn your eyes in any direction while in southwest Colorado, and you’ll likely notice two things — hazy mountains and/or canyon walls lining the edge of your sightline, and the natural beauty of your surroundings. Quick note- if you find yourself in one of the adorable small town and city centers that punctuate the forests and ranch lands, you’ll also likely notice the abundance of beards. Apparently, they’re a big deal out here.

Here, as with most beautiful places, there is far more than meets the eye once you scratch the surface. I’m not talking about small-town drama, or lucrative (yet federally illegal) Colorado crops- I’m talking about history. It’s as prolific out here as pine trees, wild sunflowers and mud-covered mountain bikes.

The history of this region stretches back millions of years, and makes my east coast, New-Englander’s concept of “historical significance” look more like current events than ancient history.

With civilizations dating back at least 2000 years, and rock formations dating back close to 2 billion, the “Four Corners” region of the southwestern United States is one of the most  geologically diverse and historically important places in the world.

If you’re among the handful of Americans still convinced that our planet is about 10,000 years old, I’d encourage you to spend an hour chatting with a geologist from this region. I’d bet a few bucks you’ll change your mind.

The small, railroad town of Dolores, Colorado, is rife with history dating back before the turn of the century. This includes the McPhee Reservoir, at the bottom of which, lies the remnants of the ghost town of McPhee, which lost it’s battle with the dammed waters of the upper Dolores River during World War Two. 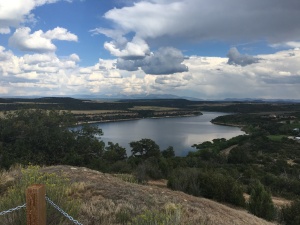 View from atop the Anasazi Heritage Center trail. Just beyond this vista is the McPhee Reservoir, at the bottom of which, lies the ghost town of McPhee, Colorado.

There’s something about knowing the remnants of a ghost town lie beneath the glimmering surface of a lake that transforms a beautiful space into something slightly more disturbing, yet delightfully creepy.

Of an estimated 7 million people who visit this part of the United States each year, plenty pass through without ever seeing or experiencing these places on anything more than an aesthetic level.

If you must selfie- make it a view worth sharing. Mesa Verde National Park, Colorado.

I arrived in Colorado determined not to be one of these people who’s primary mission involved a selfie stick and a new profile picture. Sure, there would be selfies and new profile pictures, I am a millennial after all, but I was hell-bent on learning something in the process.

Here’s a quick look at some of the most fascinating factoids about the area I thought might be worth sharing:

The soft glow of the sunrise surrounded the plane in a luminous, pastel mist …

As we climbed upward to a cruising altitude of 30,000 feet, most of the inhabitants on the plane faded in and out of a hazy, early morning consciousness. Outside the tiny window, the thick depths of night gradually began to give way to daybreak.

As light replaced dark, the massive billows of thunderheads became visible below. A million shades of pink and blue and everything that lies between were illuminated by erratic flashes of lightning. The soft glow of the sunrise surrounded the plane in a luminous, pastel mist.

We were headed westward, straight into the promise of a new day and new adventures. Each mile a minute backwards in time, each second stretching the potential of this day even further.

Waves of gratitude rolled over me, pinning me beneath the weight of the moment.

I leaned my forehead against the cool window and let thankful tears roll down my cheeks. “Thank you,” I thought, over and over again. “Thank for for this beautiful life.”

For a Floridian “flatlander” like myself, driving through severe storms on high elevation roads can be a terrifying and humbling experience.

After a five hour flight, and a four and a half hour drive north from Albuquerque to Dolores, Colorado, the first thing I did upon arrival was head out for some fresh air and exercise with my dad.

“Let’s head to Saturn,” he said, gesturing toward the river.

Turns out he was referring to a trail that runs alongside the Dolores River, that was created by a team of fourth-graders and their teachers as part of a solar system learning project.

The gravel trail starts at a sign labeled “The Sun”, and stretches about a mile and a half all the way to Pluto. The distance between each planet is an accurate, to-scale representation of how far away they are in real life. At each planetary place marker, there’s an informative little placard with facts about the inhabitants of the solar system. The project was a collaborative effort between the city, the county, sponsorships from local businesses, the school children, their teachers and the local parks and recreation department.

The Dolores River, as seen from Venus.

Instantly, I was struck by a few things.

First, what a cool idea this was, and how much the kids must have learned about the real scale and size of the solar system throughout the development of this project. Not only that, but how badass it must have been for these kids to see their idea come to life through real community collaboration.

Next, the fact that the involved entities had worked together to create something based on active learning and engaged citizenship, and to the best of my knowledge, achieved this without any politically-charged in-fighting.

Last, how many people were using the trail. Dolores is a town of about 935 people, and over a dozen of them were on the trail at the same time we were.

This trail got me thinking about how effective local government can be when it makes collaborative relationships within the community the norm, instead of the exception.

Now pardon me, as I channel my inner Leslie Knope and go off on an idealistic, mini-rant here …

What could we do within our respective communities if we approached ideas and projects like this one with the knowledge that we’d have support? How would our towns and cities be different if the us-against-them attitude that has become the status quo was instead replaced with a climate of encouragement?

True, I’m just a visitor here, and have no idea what a city council meeting looks like in Dolores, Colorado. Also true, a canyon town of 935 is a different beast than the beachside community of 25,000 I reside in full-time — but the focus on achieving something positive instead of obsessing about things that are overwhelmingly negative is something any community can embrace when motivated to do so.

Maybe when I get back I’ll start a community-action kick-starter group aimed at positively improving my town through engaging in the education process.

We could call ourselves the Focus on Uplifting Communities and Kids through Educational and Reciprocal Solutions.

Hmm … maybe we’d be better off with a name that didn’t have such an offensive acronym.

Back to the drawing board.

Everybody needs to hit the “reset” button from time to time.

The day-to-day management of modern life, parenting duties, on-the-job stress and the ceaseless inundation of way too much technology can leave even the most balanced person occasionally feeling like they don’t recognize their own life.

Mix in some gritty, grubby home renovation in the middle of a Floridian summer and the most contentious election cycle, like ever, and you’ll likely find yourself crying in the kitchen on a Tuesday morning after you realize there are no more coffee filters. 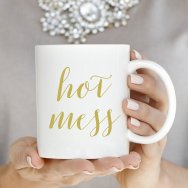 Oh wait, that was me.

After making the decision to move on from a job I liked in search of something I’d love, I knew this was an opportunity at an emotional “clean slate”. There’s been more change in my life in the last year than many people see in a decade, and rarely have I taken more than a few minutes to appreciate, reflect and absorb the state of things.

When things build up like this in life, some people drink themselves stupid. Some throw themselves into work with all the ferocity they can muster. Some shut the door and go to great lengths to avoid the world.

I fill up the gas tank or buy a plane ticket and go.

Feeding my appetite for wanderlust in Rincon, Puerto Rico.

It doesn’t really matter where, or with who, all that matters is that it’s somewhere else with plenty of options for getting outside and staying as active and busy as possible. Ideally, wherever I wind up will have water, waves, mountains and or trails, and a nearby microbrewery.

They key is to spend as much time noticing the world around me as possible, in as many new settings as possible. This insatiable quest for adventure and experience remains a consistent undercurrent at all times. Sometimes it lies dormant for a stretch of time, but then, often triggered by something as simple as a strangers “I left my heart in Portland” bumper sticker, it comes roaring back with so much intensity it seems hard to concentrate on anything else.

I call it workout wanderlust, and my goal is to embrace it and make it a lifelong commitment. I promise to feed this beast forever, to stuff it full of adventure until it bursts at the seams. I promise to seek beauty, laughter, sweat and tired feet everywhere I go, and to never, ever stop going.

Sela is not your typical business theme. Vibrant, bold, and clean, with lots of space for large images, it’s a perfect canvas to tell your company’s story.
Sela is responsive, which means it adapts to any screen, providing your visitors with a great browsing experience on any device.